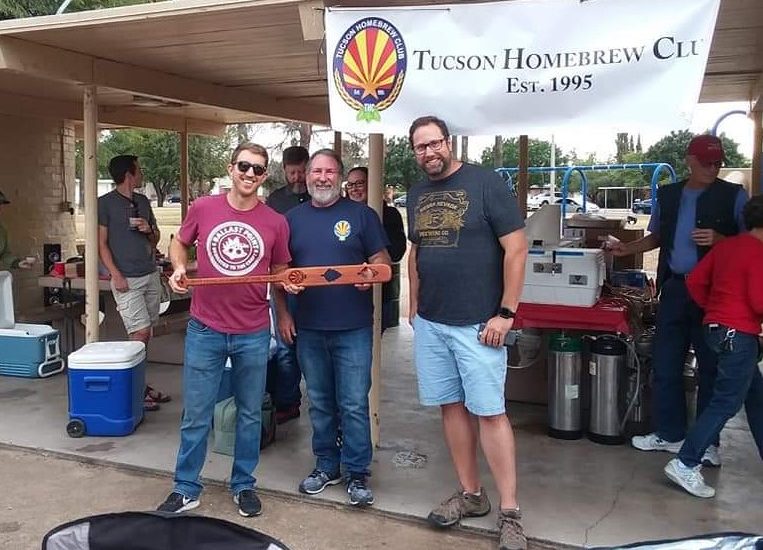 We had a great year for the Club Only Competition in 2019 with a total of 52 entries from 12 brewers throughout the year. There were a lot of great beers and tough decisions to pick the top 3 for each round. Thank you to all the judges and stewards throughout the year, and thank you to the folks at Mr. Beer for hosting some of our judging sessions. We could not have held these competitions without you.

And an extra special thanks to our competition coordinator, Jon Hasbrouck, for running the whole competition and making sure we had enough judges and a space to use for judging.

As a reminder, each entry earned a brewer 1 point, and additional points were awarded for placing in the top 3 overall; 1st placed earned 6 points, 2nd place earned 4 points, and 3rd place earned 2 points. Without further ado, let’s get to the results.

Despite not entering a beer in the first round, and being out of the state for a good portion of the year, Dale’s strong performance in the Pale Ale round launched him into 3rd place. What makes his domination of the Pale Ale round more impressive is that his beers were brewed several months in advance. Very surprising for hoppy beers to hold so well!

A strong start to the year pushed Matt to 2nd place, with 2 beers in the top 3 of Round 1. He tied for total beers entered and total top 3 finishes over the year. Not sacrificing quality for quantity, Matt produced a lot of great beers, and it shows with a 2nd place finish in 2019.

Finishing with the 1st place entries in both Round 1 and Round 2, Harrison got an early lead and was able to hang on through the final round. Congratulations on earning the title of 2019 Tucson Homebrew Club Homebrewer of the year!